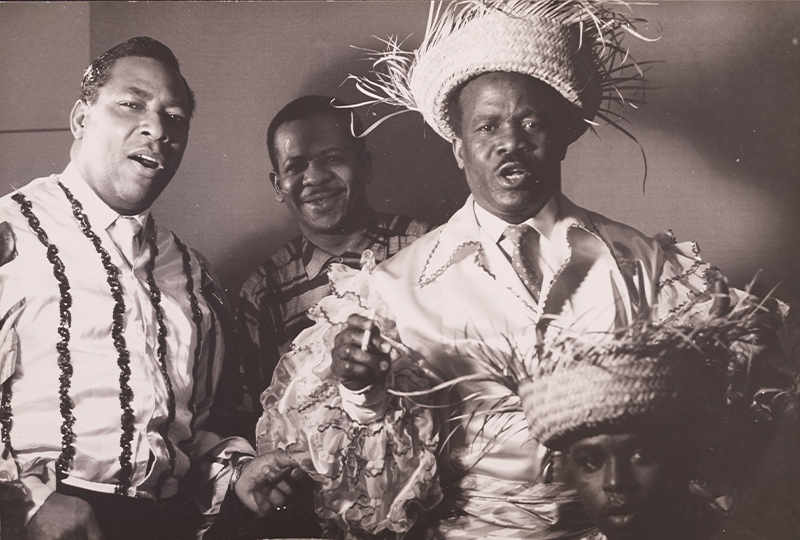 Rum is the kind of drink that crosses boundaries. It can act as the bridge between different mediums, linking hospitality with entertainment. The music industry is no different, with rum being a major theme in many songs and one of the most memorable is Rum and Coca-Cola.

Originally a Trinidadian song that was appropriated and bastardised, Rum and Coca-Cola has an interesting history that stretches back to World War II.

A satirical take on American greed

During the Second World War, roughly 20,000 American GIs were stationed in Trinidad with the aim of defending the island against invasion. The soldiers soon started to make their presence known in ways that upset the locals.

The Trinidadian Calypso singer Rupert Westmore Grant, who performed under the name of Lord Invader, didn’t care for the American occupation. He observed the soldiers using their money to coerce local women into prostitution while drinking rum and coke. These observations became the heart of Rum and Coca-Cola, a song that commented on American excess.

Invader worked with fellow Calypso singer Lionel Belasco to compose the melody, which came from a song called L’Annee Passee. It wasn’t long before Rum and Coca-Cola turned into a huge hit in Trinidad, becoming one of the most popular songs of 1943.

In September 1943, American entertainer Morey Amsterdam visited Trinidad as part of a U.S.O tour. During his time on the island, he heard Rum and Coca-Cola and took the music back with him to the US. He created his own version of the song and later claimed that he’d never heard of the original.

Amsterdam went on to record Rum and Coca-Cola with the Andrews Sisters in 1945. In under ten minutes, they created a record that went on to sell seven million units and topped the Billboard magazine chart for seven weeks.

The issue with Amsterdam’s version is that it stripped Rum and Coca-Cola of its social commentary. He altered the lyrics to the point it sounded as if women were deliberately prostituting themselves and never really thought about what he was writing.

The Andrews Sisters also failed to think about the lyrics. Patty Andrews said “we had a recording date, and the song was brought to use the night before. We hardly really knew it, and when we went in we had extra time and we just threw it in. it was actually a faked arrangement.”

Maxime Andrews has said “the lyric was there, it was cute. But we didn’t think of what it meant; but at that time, nobody else would think of it either, because we weren’t as morally open as we are today and so a lot of stuff just went over our heads.”

Lord Invader and Belasco both sued Amsterdam for copyright infringement, winning the case in 1948. Although Amsterdam retained ownership of the song, he needed to pay royalties.

Rum and Coca-Cola will always stand out as a Trinidad song that captures the feelings of a people at a specific time in history.

One thought on “A Song Of Trinidadian Defiance And American Appropriation: The Story Of Rum And Coca-Cola”

It's been inspiring to see the amount of new #rum brands that have popped up this year and continue and elevate the category.
Reposted from @talesfromthefrontier
A Pirate's Life dives into the drinking habits of history's most infamous pirates. Edward England was an Irish born pirate who earned a reputation for his compassion and penchant for being humane compared to other pirates of his era.
When in Rome drink rum
What makes worthy rum?
Truer words were never spoken.