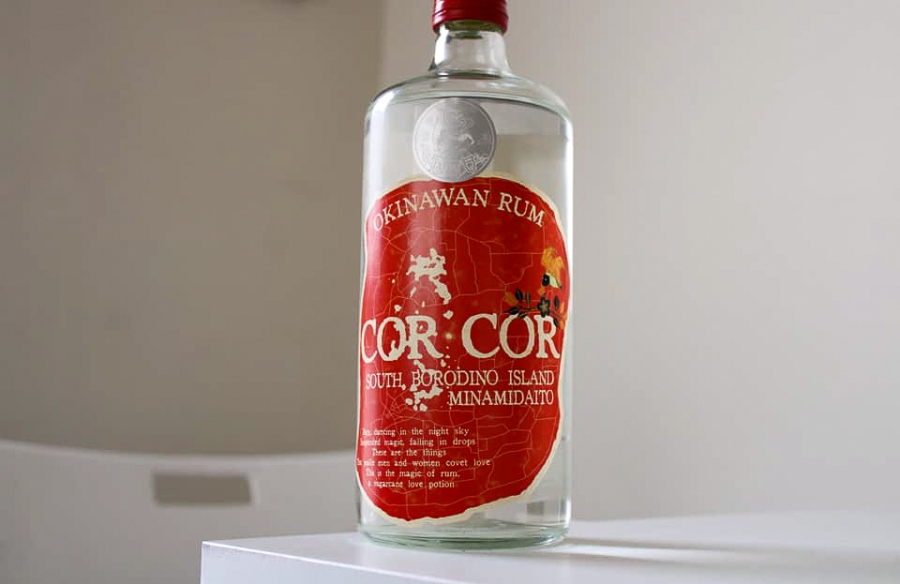 Japan holds a long tradition of producing high-quality drinks, with the people having a knack for putting their own spin on an established technique and perfecting it. This was the case for whisky and it’s happening with rum as well. Japanese rum is gradually becoming its own distinctive category, with the likes of Nine Leaves and Iejima leading the charge.

Another distillery that’s making waves is the Grace Distillery, personified by the Cor Cor brand. I’d turned it into a mission to get my hands on at least one of the bottles and I was successful with the purchase of Cor Cor Red. Let’s examine what makes this rum stand out.

Founded in 2004 by Yuko Kinjo, the Grace Distillery is located on the island of Minamidaito in Okinawa. The islands of Okinawa are synonymous with producing awamori, so venturing into the rum category was an intriguing step towards bringing more attention to the region.

Kinjo was focused on showcasing the natural ingredients of Minamidaito, which is why the rum has been produced from local sugarcane. Interestingly, sugarcane is the main product of the island, having been grown there since 1903.

The growth of the sugarcane is a partnership between herself and the Minamidaito Island Chamber of Commerce. Production is limited to once a year in order to preserve the crop in an environment that is prone to typhoons and extreme weather.

Cor Cor Red is a molasses-based, white rum distilled to show the local character of Minamidaito. Bottled at 40% ABV, the rum is beautifully packaged, with a poem on the label that tells the story of the island and its connection to spirits.

Bats, dancing in the night sky

These are the things

This is the magic of rum

Cor Cor Red is intriguing from the moment the top comes off. The scent of rubber, black pepper and liquorice fill the air, transforming into a tropical aroma of peach, apple and banana. In the mouth, herbal notes become dominant. Mushroom, green pepper, rye bread, anise. After a couple of sips, there’s the unmistakable flavours of grapefruit and watermelon.

Drinking Cor Cor Red is like inhaling a tropical forest and then drinking it in one step at a time. There’s multiple layers that don’t always reveal themselves right away, a characteristic of Japanese rum that I appreciate. Cor Cor Red has a quiet dignity about it, unfolding gently and smoothly and actually reminded me of a lighter version of Rhum JM Blanc.

Buy a bottle and let me know your thoughts!

4 thoughts on “Cor Cor Red Rum Review: A Tropical Delight That Showcases The Spirit Of Okinawa”

When in Rome drink rum
What makes worthy rum?
Truer words were never spoken.
There came I day when I set out to sea
There's plenty of stories about pirates and rum. But have you heard the one about a pirate parrot and rum?
Birds of a feather