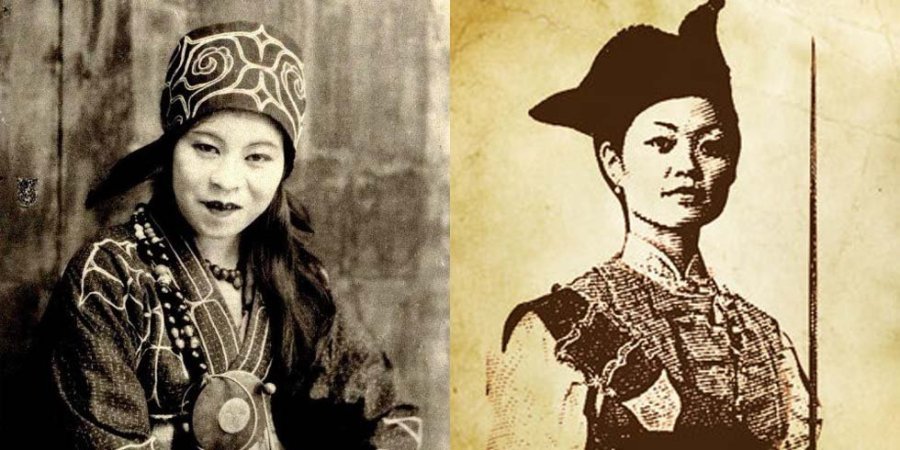 A Pirate’s Life focuses on the drinking habits of history’s most influential brigands, imagining the kind of rum they would drink in modern times. Ching Shih is widely considered the most successful pirate of all-time, having commanded a fleet of over 1500 ships and being so badass that she forced the Chinese government into giving her a pardon.

If Shih were alive today, she’d no doubt have acquired an impressive collection of rum plundered from all over Asia.

As a scourge of the sea, Shih led her fleet on raids across the world and she was involved in several battles with the East India Trading Company. It’s possible that she also ransacked Indian vessels on a regular basis too, so she’d have been exposed to a fair amount of Indian rum in her time. She’d choose a bottle of Old Port rum to remind herself of the victories she’d won over the East India Trading Company.

Created by the Amrut Distillery, Old Port is a double charcoal-filtered rum and contains notes of toffee, coffee, molasses, vanilla and butterscotch. Bottled at 40%, it features a label of a ship sailing off into the sunset, a scenario that Shih would have plenty of experience with.

Throughout her roving of the China Seas, there’s a good chance that Shih raided Japanese ships and may have plundered locations near Okinawa and Kyushu. It’s conceivable that she could develop a taste for fine Japanese spirits and Nine Leaves Almost Spring is the epitome of excellent Japanese rum.

Developed by the Nine Leaves Distillery on Honshu Island in Shiga Prefecture, Almost Spring is a pot-still rum aged in cabernet sauvignon wine-barrels imported from Wente Vineyards in California. Aged for a year and bottled at 48%, the rum has a pink gold colour that’s reminiscent of red wine and has flavours of marmalade, blueberries, honey, ginger and citrus.

Before she became the most successful pirate in history, Shih was married to the notorious outlaw Cheng I and it was only after he died in Vietnam did she truly come into her own power. Shih’s relationship with her first husband was complex and she’d keep a bottle of Rhum Belami in her collection to remind herself of the man who altered the course of her life and of how far she’d come.

Rhum Belami Premium is distilled from Vietnamese sugarcane and was inspired by rhum arrange, which means ‘rearranged rum.’ Rhum arrange is a style that involves preserving fruit in rhum and the fruit instilling their natural flavours into the liquid.

The Premium is made with ingredients that are native to Vietnam, including organic coconut, Bande wood and kopi luwak coffee beans. The result is a complex rum with spicy, tangy, sweet notes.

Shih would likely have turned her attention to the Philippines at some point, given the proximity to China. A drink that she’d favour from that part of the world is the Tanduay Five-Years, a smoky dark rhum made from molasses.

Aged in ex-whisky and bourbon barrels, Tanduay Five-Years is bottled at 40% and contains notes of oak, banana and chocolate.

During her travels, Shih would likely have visited Cambodia to plunder coastal villages and towns. I could see her looting a bottle of Samai’s Kampot Pepper rum and enjoying its spicy, aromatic qualities.

The rum is made from Cambodian molasses, infused with red Kampot pepper, pot-distilled and aged in French and American oak and sherry barrels.

Samai is the Khmer word for modern, which is a sentiment that Shih would agree with. Her approach to piracy was forward-thinking, as shown from the strict code of conduct that she laid out for her crew. These laws made it clear that no one was to steal from a public fund or a village that supplied the fleet, that all goods taken as booty were inspected and distributed in a methodical way and that rape wasn’t tolerated.

Ching Shih wasn’t the only pirate queen to make a name for herself. Anne Bonny earned a reputation too and you can check out what kind of rum she’d drink here.