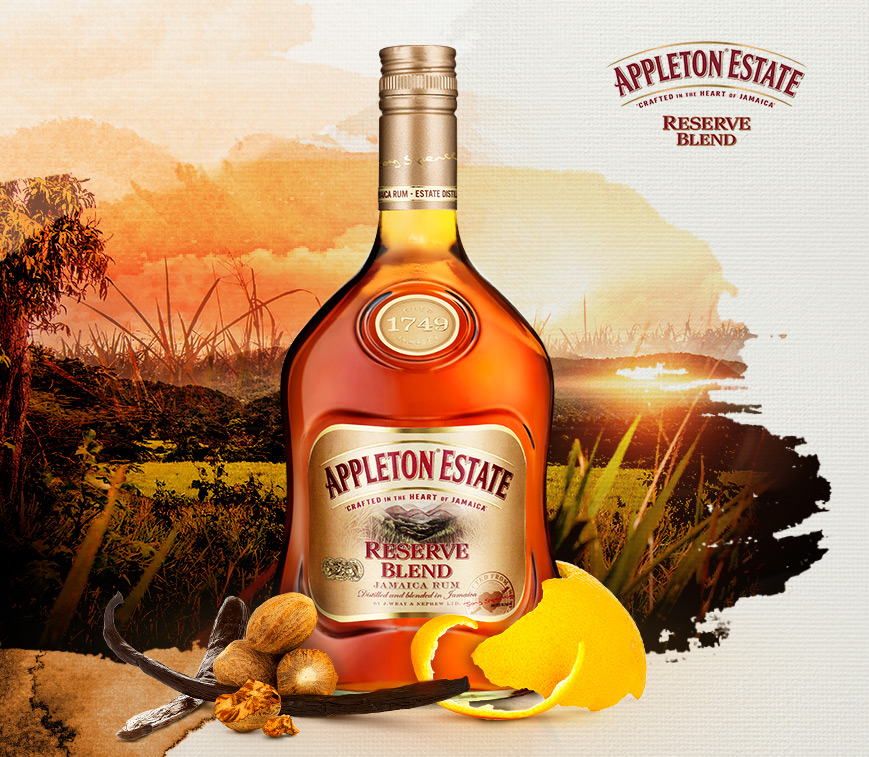 In the rum world, Jamaican grog has earned a reputation for being the cream of the crop. Characterised by the pot-still distillation method and funky flavours, Jamaican rum has been delighting people all over the world. So, it only seems fitting that my first Jamaican rum comes from the legendary Appleton Estate, a name synonymous with high-quality booze.

The Appleton Estate Reserve Blend is a grand introduction. Smooth, spicy and sessionable, it’s opened the gateway into the world of Jamaican rum.

Appleton has a rich history that dates back to 1749, when the estate was less than 4 hectares (10 acres) in size. A few years later, the land was bought by the Dickinson family, descendants of an officer called Francis Dickinson, who was involved in the 1655 capture of Jamaica from the Spanish.

A decade later, the brand had quadrupled in size and was bought by the current owners, J. Wray & Nephew in 1916. In the modern day, Appleton Estate is made of a sprawling 400 hectares (1000 acres), growing 10 varieties of sugarcane.

The reserve blend is a culmination of the rich history, having been previously referred to as the Appleton 8-years before being rebranded in 2016.

The Appleton Reserve Blend is crafted by the awesome Joy Spence, Appleton’s master blender. It’s a blend of 20 different column still and pot still rums of different ages, the youngest of which has been aged for 8 years in ex-Jack Daniels whisky barrels.

Two of the blends come from a rare ‘reserve stock’ that Joy has meticulously sourced to provide an added sense of mystique to the bottle.

It’s always good when expectation matches reality. From what I’d heard about Jamaican rum, I was expecting it to have a complex profile and the Appleton Estate Reserve Blend didn’t disappoint. A potent scent of burnt banana, toffee, pepper and fruitcake infiltrated my nose and beckoned me onwards.

On the palate, the rum had heavy notes of stewed fruit mixed with charred oak. After a couple of sips, a smokiness descended on my tastebuds, spreading out into notes of butterscotch, caramel and chocolate. The most interesting flavour I picked up was spicy nduja sausage, which crackled at the back of my mouth long after the rum was gone.

I also mixed the rum with orange juice and found the spiciness complimented it nicely. The Appleton Reserve is a versatile drink that makes for easy sipping and a great companion to a mixer or a cocktail.

Another complex rum that’s worth trying is Platino by the Montanya distillery in Colorado. Read The Rum Ration’s review here.